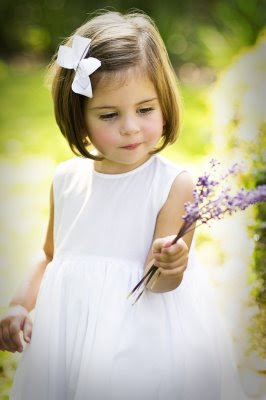 Sarah Adleen Giles, our little princess and beloved daughter, granddaughter, niece and friend, passed away in the arms of her father and mother on December 9, 2008 after a short battle with brain cancer. Sarah was born on January 16, 2006 in Austin, Texas to Brian and Christine Butler Giles. Sarah’s cheerful and affectionate disposition, her friendly, outgoing and playful spirit, her kind, sensitive and patient soul have brightened our lives. Sarah enjoyed baking cookies, singing, picking flowers, feeding the ducks, swinging, coloring pictures, playing dress-up, swimming, reading books and taking walks. Sarah especially enjoyed playing with her older sister and brother and kissing her baby sister. It has been our privilege to have her in our family, even if for such a short time. We have been greatly blessed to live with such a noble spirit. Sarah is survived by her parents, her brother Nathan, her sisters Maren and Caroline, her grandparents Don and Renee Butler of Provo, Utah, Rita and Bill Tanner and the late Kirby Giles of Fillmore, Utah, five aunts, three uncles and many cousins and friends.

This breaks my heart. I am so sorry to hear this. Our thoughts and prayers are with your family.

Oh, Carrie . . . we are so sorry! You and your family will be in our thoughts and prayers. We wish you all the best!

Carrie I am so sorry. My your family find peace at such a hard time. Please tell your brother that he and his family are in our thoughts and prayers. Please take care of yourself.

I am sadden by the news but, just think of reunion your dad and her are having. You now have one more angel watching over your sweet family. Let me know if you need anything. Love Ya

Awe, Care. What do you say? I'm so sorry. Brian and Christine are such good examples of courage and faith that every parent should be. I hope they know how many people have been touched and blessed because of their faith. If you need to talk or need anything, you know where I am.

I am choking back the tears after reading your post. That really breaks my heart. I hope that your family is coping with the loss. Sometimes you forget how short life can be. I can't imagine losing my baby.

Carrie, I am so sorry for you loss. I can't imagine what everyone is going through right now. You and your family are in our prayers. You are such a strong person.

Carrie,
What sad thing to have happen. I read on Martha's about Sarah and I feel so badly for her parents and your whole family. She seemed like such a sweet girl and touch a lot of lives in a short amount of time. I don't know if you ever heard but my wife and I lost a baby boy when she was six months pregnant. That is one of the hardest things I have ever gone through in my life and very early in our marriage. Our faith and knowledge of the gospel got us through it and will get us through anything if we rely on him. It took us a long time to accept or better yet remember who's plan this is. -your friend, Sterling

Oh, Carrie, this just breaks my heart. We will be praying for your family.

Carrie, It's Angeline (Beckstrand). My heart has ached since I heard about Sarah's passing. What a precious angel she was and is. I pray our Heavenly Father's constant blessings to be with you all. Brain's family has shown such incredible faith, and I can only believe our Father in Heaven has a wonderful plan in store for her. All my best to you and each member of your family. Angeline