It seems like suffocation sets in a lot lately... before December even started, I had the suffocated feeling that Christmas was almost here and I had a million things to do to get ready. Ruby and I had to tell myself to relax. And then about December 15th rolled around I lost all desire to finish any Christmas projects because I figured why spend the time when Christmas was pretty much here? Lower expectations. Then Christmas flew by and now it's not quite January (but pretty darn close!) and I again the suffocation of knowing that my house is in disarray, I need to take all my Christmas down, and the baby is coming, I'm not ready and I really really really really want my house to be neat and organized before I become a sleep deprived crazy person for 3 months. Someone should just take me out of my (and your) misery by really stuffing a bag over my head! :)


But enough about that... here's a Warner Christmas 2010 review: 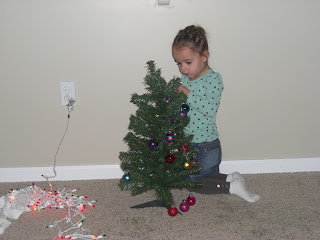 Ruby carefully decorating her very own Christmas tree! She is very precise about making everything as fancy as possible. 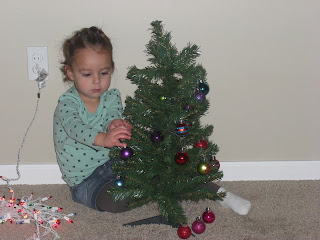 She has loved laying next to it to snuggle. She also plugs or unplugs her lights about 5 times a day. 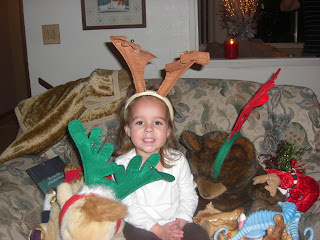 Ruby getting all of Grandma Warner's holiday stuffed animals ready for Christmas by dressing them up with reindeer antlers. 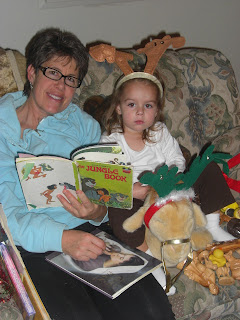 Reading stories with Grandma Warner and her posse 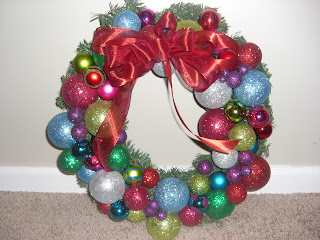 Behold, the ornament wreath in all her glory!
My favorite Christmas project (that I actually completed) 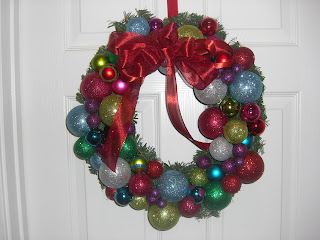 It was time consuming, super glittery mess, I burned my fingers on the glue gun so many times (what, am I twelve?) but it was all worth it in the end. Nothing like some Christmas bedazzle to hang on the door. 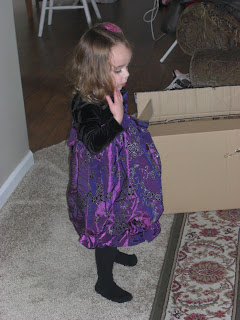 Ruby in her Christmas dress (not a very good shot...) 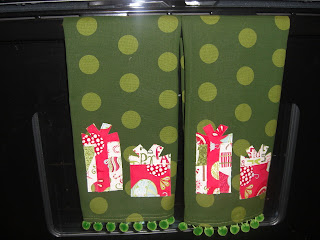 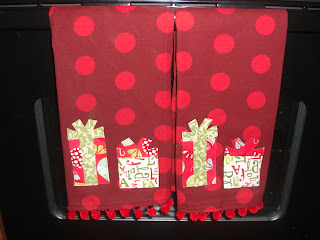 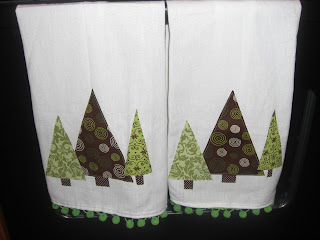 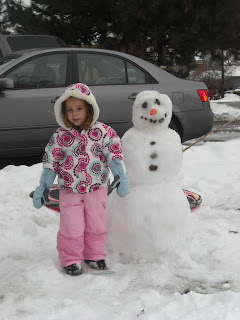 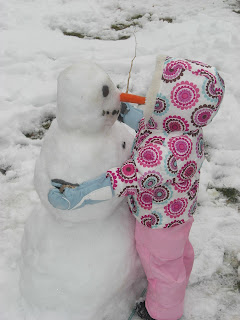 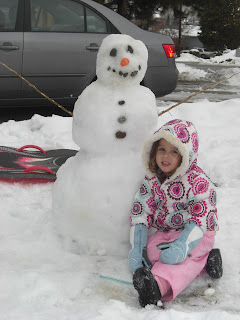 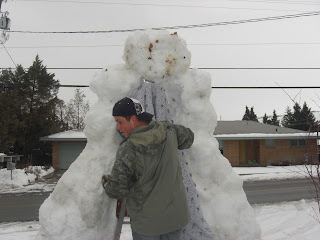 Nick took the architecture route and built a snow archway. Don't worry, the ladder and blankets still there. Frozen to the archway. Looks real classy. :) 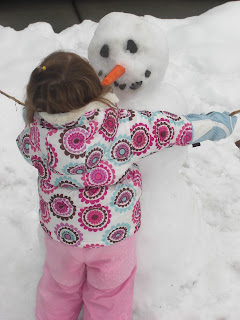 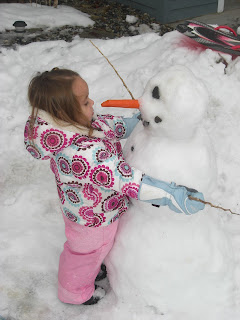 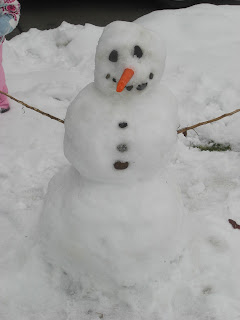 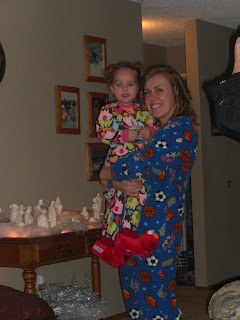 Ruby in her snuggly Christmas Eve Pajamas and Elmo slippers with Aunt Mattie, who has the grown up footie jammies too! :) 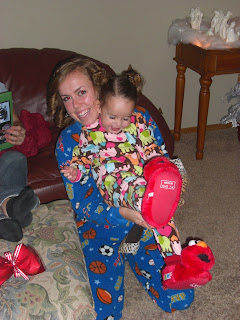 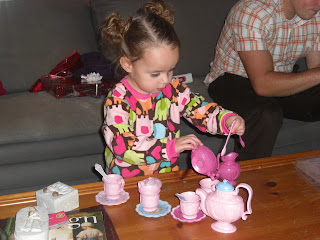 Ruby playing with the Disney Princess Tea Set Aunt Lexie gave her. As she was opening it, she kept yelling progressively louder, "yes...Yes...YEs...YES!!!" 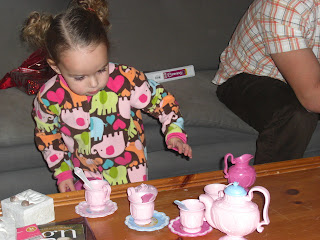 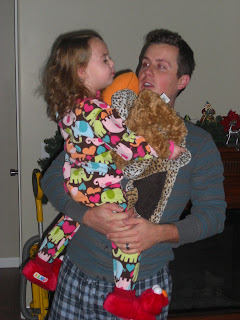 Christmas morning when Ruby woke up, she immediately asked, "Is Santa here? I want him to hold me." She was super disappointed to hear that he came while she was sleeping and that he wouldn't be able to hold her this year. 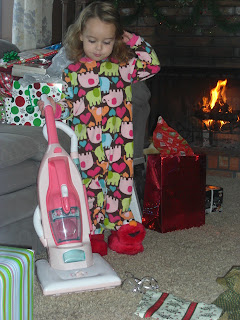 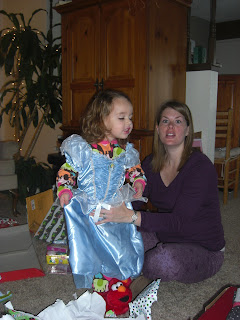 Santa's ultimate gift (that she had specifically asked him for): a Cinderella dress! (Please excuse me in the picture. This is the only semi-good shot I got of her and the dress! :) ) Notice the copious amounts of chapstick on Ruby's face. She has to be fancy at all times. 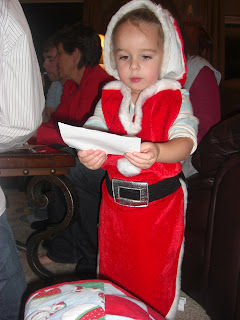 Christmas night we went to dinner at some friends' house and she found their Santa apron and hat. She was in heaven. 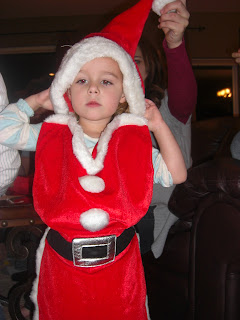 Being Santa can be a very serious thing, you know. 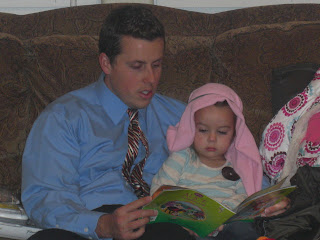 Christmas may be over, but Ruby is still obsessed with the Christmas story and loves being Mary and wrapping her baby (Jesus) up in swaddling clothes and lying him in the manger (our shower). Then she proceeds to go throughout the house to gather gifts that the wise men can bring to Baby Jesus.
Posted by Carrie at 9:16 PM

Glad you're back! When is the baby due? Mine is coming in Jan. We need to catch up. I can't believe how big Ruby is. Take care.

I love it! Ruby is so big! You need to update more because I laugh the whole time reading...I can hear your voice in my head. Can't wait to see new baby. Miss you guys!

oops. I'm signed in under my moms name. This is Karlye

hey! you updated more than i thought! sneaky. looks like all of ruby's dreams came true on christmas morning!

Oh man, Carrie--Ruby is a beauty!! I SOOO enjoyed looking at all these photos of your family, and you and I'm so excited for you and your second baby!.. Is it a girl? I've said it before, but really I think two in a lot of ways is easier than 1.
So how come I all of the sudden got all these updates from you? Have you not posted in like years, and now a few times?? Or is my google reader messed? At any rate, I loved peaking into your life!
Love!

Ruby cracks me up! I love her! We haven't even covered what "swaddling clothes" even means with Haven.

I need to visit your blog more often! Ruby is absolutely beautiful. I'm so happy you are having another little girl. What a beautiful family! All our live, The Ashtons